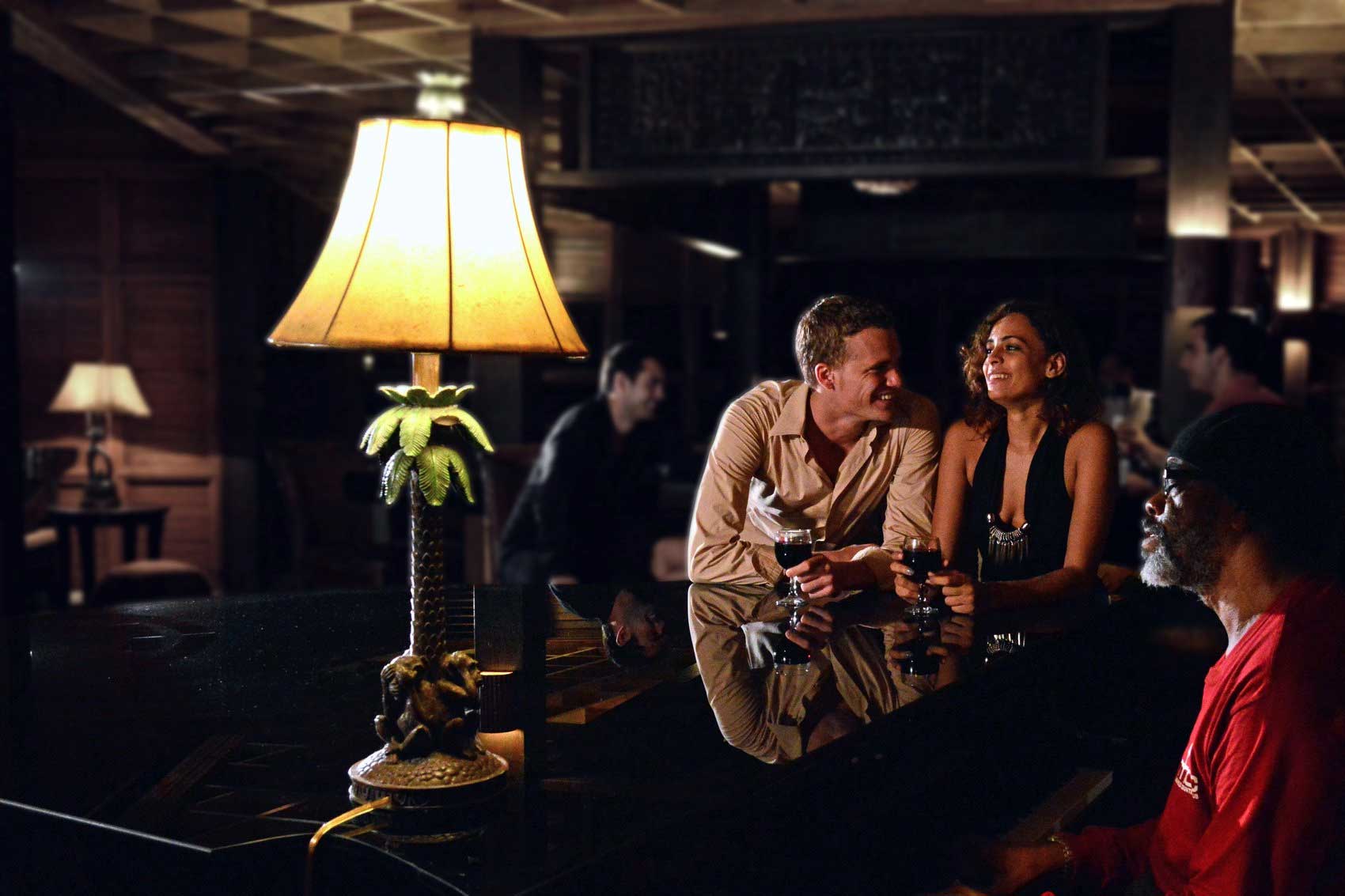 Sunset at the Palms Mixes Fun, Mystery and History on Halloween Weekend

(Negril, Jamaica) – Sunset at the Palms, a treehouse-style, all-inclusive boutique hotel, offers an unbeatable blend of sand, sea, sun and service. Fall is a beautiful time to visit Jamaica, and this year the resort offers an added incentive to book a late-October trip by introducing a special Halloween celebration at which guests and staff will blend a party atmosphere with the region’s mysterious history.

The resort will be decorated for the holiday, with its first-ever Halloween party scheduled for the night of Monday, October 31. Guests are encouraged (but not required) to pack costumes and wear them that night, and special Halloween drinks – served in bamboo “cups” harvested from the plants around the resort – and live music will give the hotel an especially lively atmosphere. A major focus of the celebration will be the Palm Grove Restaurant, which will host a proper Halloween meal during dinner service that night; the buffet line will be a “hospital,” with plenty of creepy – but delicious – offerings, and the dessert area will look like a haunted house. The restaurant itself will be transformed into the Black Pearl ship, with servers dressed as pirates in a tribute to part of Negril’s fascinating history.*

Pirates were quite at home in Jamaica in the late 17th and early 18th centuries. One, Henry Morgan, actually became the island’s lieutenant governor. But perhaps Jamaica’s most famous pirate was “Calico” Jack Rackham, who’s credited with introducing the now-famous “Jolly Roger” flag. Jack (who reportedly got his nickname because he preferred calico clothing – especially underwear) and his band of pirates made themselves at home in Negril while they pillaged merchant and fishing vessels along the north shores of Jamaica. His crew included two female pirates, Anne Bonny (or Bonney) and Mary Read, who were said to be more violent and bloodthirsty than any of their male counterparts. Calico Jack and members of his crew were ultimately captured in Negril; as the story goes, they were enjoying a rum punch party when the authorities caught them. Jack was tried and executed for his piracy, but his two female crew members’ lives were spared … supposedly because each was pregnant with his child.

Another woman who figures into Jamaican history – for better or for worse – is Annee (or Annie) Palmer, whom some believe still walks the grounds of Rose Hall Plantation, located just outside of Montego Bay. Annie was made famous in The White Witch of Rose Hall, a 1929 book by Jamaican journalist Herbert G. deLisser, and then in the song “The Ballad of Annie Palmer,” by Johnny Cash, who actually purchased Rose Hall Plantation in the mid-1970s and lived there part-time. In the book and ballad, Annie is rumored to have killed three husbands and practices black magic, but there are those who say all this is nothing but legend. Rose Hall is open for tours daily, with guides sharing the stories of love, murder and mystery. As part of Sunset at the Palms’ Halloween package, guests can participate in an exclusive tour of the plantation daily between October 25 and November 5. The tour will depart from Sunset at the Palms each day at 9 a.m.; a 10:30 a.m. house tour will be followed by a stop at Scotchies, a favorite local restaurant famous for its Jamaican jerk lunches. The tour costs $45 per person, which includes transportation and the tour, but lunch is at each guest’s own expense.

There’s no additional charge for the October 31 Halloween party; it’s part of Sunset at the Palms’ all-inclusive package, which features air-conditioned accommodations in treehouse-style guest rooms with private balconies; private beach access and a variety of non-motorized sports; tennis courts, a fitness center and swimming pool; and all meals and beverages. Rates start at $201 per person/per night, with a three-night minimum stay required.

*Guests who are visiting the resort over Halloween weekend but who don’t have an interest in the dinner party can opt to dine at the Lotus Leaf Restaurant, which will serve from its a la carte menu that evening.