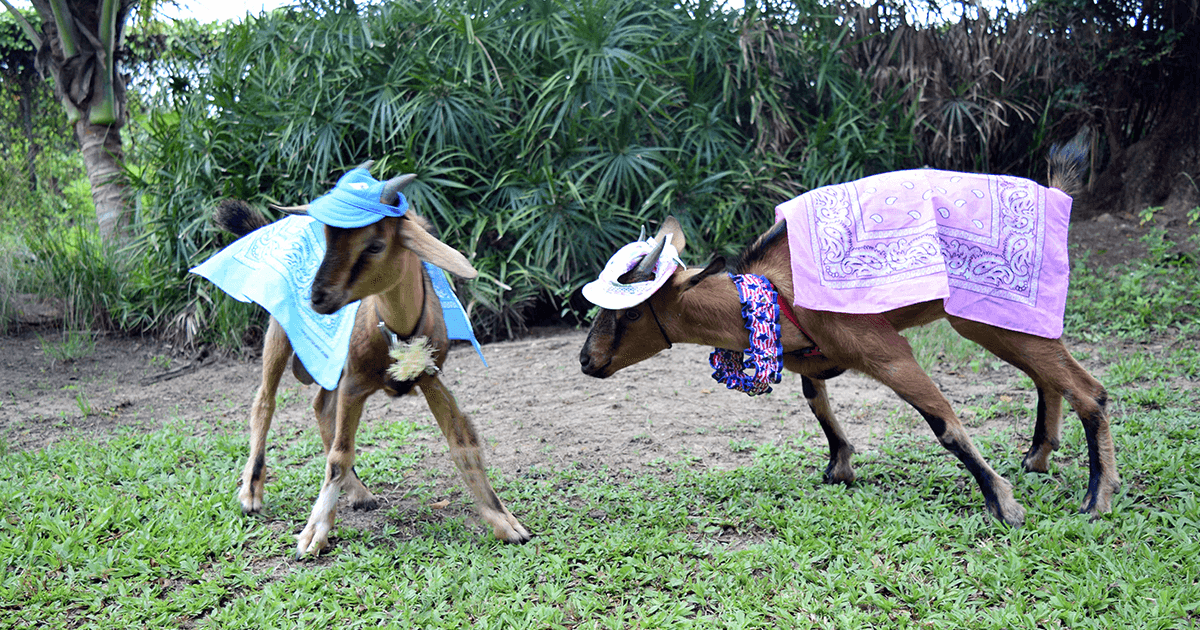 Sunset at the Palms, an all-inclusive, adults-only resort in Negril, Jamaica, garnered a lot of attention this spring when its staff expanded to include Betty, a female goat who became an instant hit when she was adopted by the hotel’s grounds keeping crew. 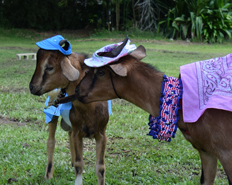 In response to popular demand, the resort has found a new way for guests to interact with the nanny goat, who delights in being petted and scratched and craves attention from passersby. Now guests can also enjoy a gourmet picnic with the friendly yearling.

Though Betty doesn’t kid around about her job of roaming the resort and tending its grass and leaves, she has also assumed the role of brand ambassador for Sunset at the Palms. She’s the highlight of the weekly nature tour, on which human members of the grounds keeping crew introduce guests to the flowers, trees, birds, butterflies and lizards that make themselves at home on the beautifully landscaped, 20-acre property. In the past three months, Betty has been the subject of countless photos and social media posts by guests and has even managed to get herself invited to some of the weddings and vow renewals that take place at this romantic retreat. As of yet, she hasn’t been spotted hoofing it on the dance floor …but it’s always a possibility.

Now guests can enjoy a gourmet picnic in the gardens or on the beach, with Betty as their official hostess. Chef Dwight Morris and his culinary team pack a basket of delicious human-sized treats and red or white wine, plus a little basket of goodies for Betty, too. The goat and her picnic companions graze for a bit and enjoy each other’s company, and the resort’s photographer comes along for part of the fun to capture souvenir photos. (Don’t worry, though, he won’t horn in on quality time with Betty.) This new offering costs $35 per person, and herds of guests have already signed up. 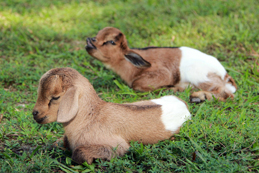 And for those who worry that Betty’s social life may be suffering as she enthusiastically fulfills her new duties, never fear. The resort recently introduced a male goat, who is also now an official member of the grounds keeping crew. The male goat, who was just named “Royal Brown” via popular vote on the resort’s Facebook page, is a few months younger than Betty. She’s taken an active interest in his career development and seems happy to immerse her new friend in the resort’s culture of guest service, but it’s also hoped that in their free time perhaps the pair will kindle a little romance of their own.