Ian Kerr, Managing Director of Sunset at the Palms, Named “Hotelier of the Year” 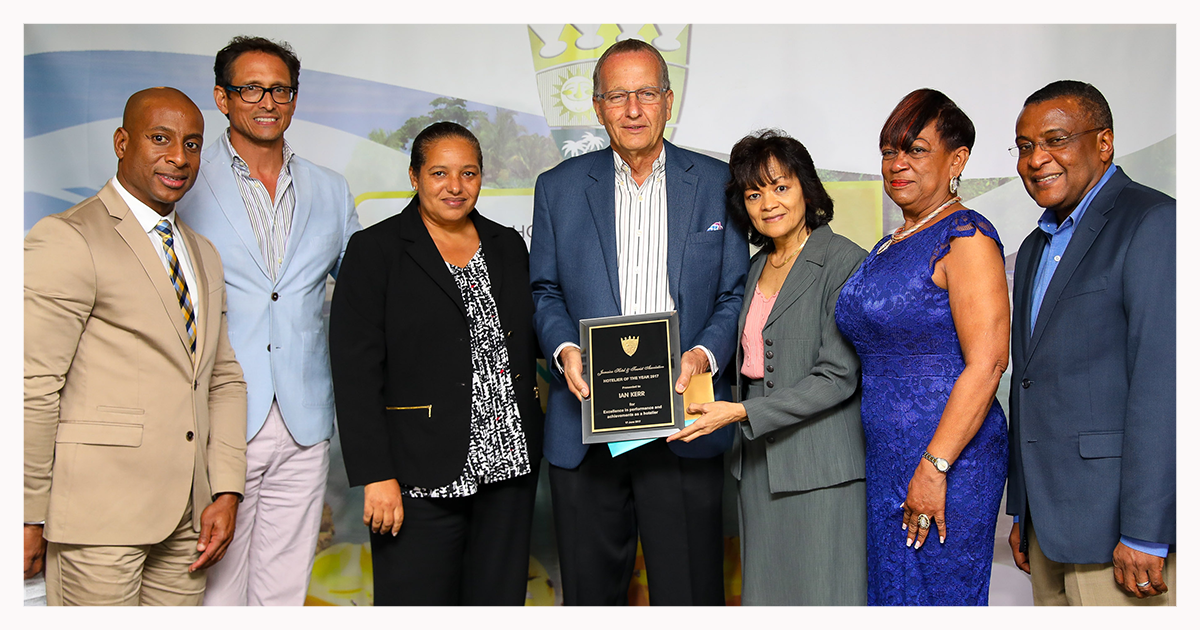 Ian Kerr, the managing director of Sunset at the Palms, has been named “Hotelier of the Year” by the Jamaica Hotel and Tourist Association.

Mr. Kerr’s selection was based on his management of both operations and food and beverage teams, dedication to the resort’s appearance, passion for marketing his property and the entire destination, commitment to training and motivating his staff, and industry-changing ideas.

Mr. Kerr is an interesting blend of leadership qualities; he has a very quiet demeanor – he’s known for his ability to listen and collaborate as opposed to issuing directives – but he’s also omnipresent, appearing at every trade show and industry event and getting to know all his peers. His employees tout his attention to detail and ability to rally a team that’s focused on guest service as two of his most admired traits. As a result, Mr. Kerr is respected throughout Jamaica’s tourism industry … by his peers, employees, partners, clients and guests.

He’s been a driving force in the island’s tourism scene for the past two decades. In 1997 he took over Montego Bay’s SeaWind Towers and transformed it into Sunset Beach Resort and Spa. That property was ultimately handed over to AM Resorts, which renamed it Sunscape. He also opened Sunset Jamaica Grande in Ocho Rios and operated it for eight years before selling it to Palace Resorts, which renamed it Moon Palace Jamaica.

Mr. Kerr acquired Sunset at the Palms, located along Negril’s Bloody Beach, in 2003 and completely renovated the property. Now in the TripAdvisor Hall of Fame, Sunset at the Palms has been rated by both TripAdvisor.com and Oyster.com as one of the Top 10 most Romantic Resorts and one of the Top 10 All-Inclusive Resorts in the Caribbean. The resort is also ranked as Best Boutique Hotel by Oyster.com, a 2017 Top 100 All-Inclusive in Hotels.com’s “Loved by Guests” awards, and a 2016 Best of +VIP Access property by Expedia.