Your vacation to Jamaica won’t be complete without visiting some of the country’s historic sites. One popular destination is Rose Hall Plantation. Rose Hall is one of the country’s most famous houses and has an incredible history and breathtaking views of Montego Bay.

The White Witch of Rose Hall

According to some people, there are terrible secrets lurking behind the beautiful facade. Local legend holds that Rose Hall is haunted by its former mistress, the “White Witch” Annie Parker. 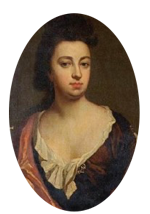 Annie Palmer was born in Haiti. Her parents died of yellow fever and she was raised by a woman who taught her witchcraft and voodoo. She moved to Jamaica and married John Palmer, the owner of Rose Hall.

Unfortunately for Palmer, his new wife was a powerful practitioner of dark magic. She also had a controlling and violent streak. As the story goes, she murdered not only John, but two subsequent husbands. She also had a habit of taking male slaves as lovers and then murdering them when she tired of their service.

Her reign of terror did not come to an end until she crossed another powerful magician, a slave named Takoo. In one variant of the legend, Annie cursed Takoo’s intended son-in-law. In another, she cursed Takoo’s own child. All versions of the story agree that Takoo murdered Annie Palmer using a combination of black magic and physical violence. 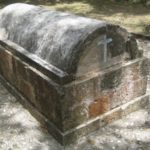 Annie Palmer is supposedly buried in a tomb on the grounds. Local lore says that her tomb was meant to be sealed with a Voodoo ritual that would have kept her spirit imprisoned forever. However, the ritual was never completed. Annie Palmer’s ghost roams free at Rose Hall.

People claim to have witnessed Palmer’s ghost riding her horse around the plantation. She is also sometimes seen on the balcony. Ghost hunter Hans Holzer claims that Palmer’s ghost once took over the body of trance medium Eileen Garrett.

Unfortunately for those who love a good ghost story, recent research has cast a lot of doubt on the Annie Palmer legend. Skeptic Benjamin Radford discovered that much of it was lifted from a novel called The White Witch of Rosehall, written in 1929 by Herbert G. de Lisser.

Travel writer Polly Thomas suggests the Annie Palmer legend is partially based on the life of Rosa Palmer. Rosa was the first mistress at Rose Hall and had four husbands. However, she had a reputation for great virtue and was never suspected in their deaths.

The real Annie Palmer married John Rose Palmer in 1820. He died in debt a few years later. Annie had no legal right to the plantation, so she had to leave. She died in relative obscurity in 1846.

Are you a believer or a skeptic? Either way, a visit to Rose Hall is a wonderful way to experience the history and culture of Jamaica. You can arrange for a day or night tour. Even if you don’t see the White Witch, you’re sure to create unforgettable memories while walking the beautiful grounds and taking in the amazing views.

Sunset at the Palms offers a special Halloween Celebration which includes the opportunity to tour and experience the legendary Rose Hall Plantation.